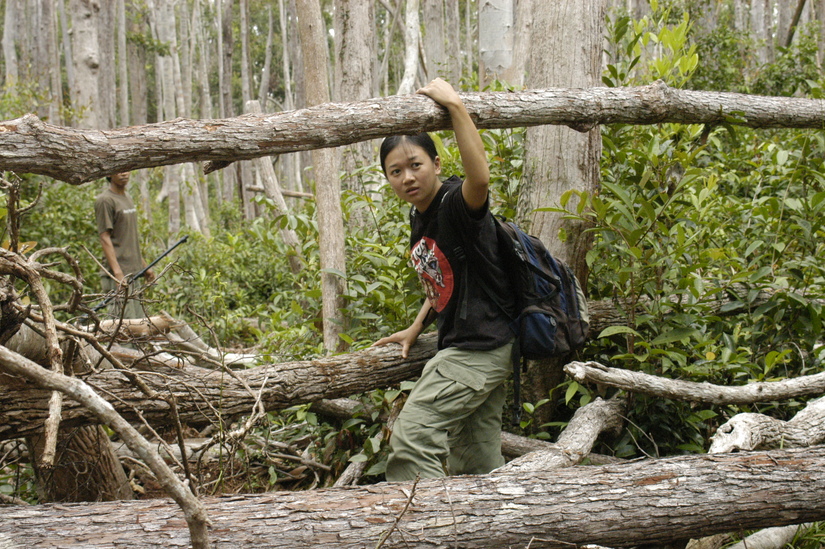 I began my career in the field of medical and wildlife conservation especially orangutans since graduating and was appointed as a veterinarian in 2007, from the UGM Faculty of Veterinary Medicine. At the beginning, while waiting for the inauguration schedule, I was told by fellow job-seekers about a vacancy at the Borneo Orangutan Survival Foundation (BOSF) as a veterinarian for orangutans. I, who was still happy to try new things at that time, was interested in trying, especially after reading children's stories about orangutan life in Borneo. Really the right timing J

Long story short, from around 30 applicants, I was chosen to join the Nyaru Menteng BOSF, which turned out to be my home for almost the next 5 years.

Luckily, friends at the medical clinic and friends keeper (nurses at BOSF animals called as 'technicians' and 'babysitters') turned out to be quite cooperative. I learned a lot from them, and little by little I learned to recognize one by one the appearance and character of the 600 orangutans who were then inhabiting the Nyaru Menteng BOSF. Later I found out that the primate population of great apes at Nyaru Menteng BOSF is the largest in the world, even beating the centers of chimpanzees and gorillas in Africa.

Regarding everyday life at the Nyaru Menteng BOSF, every week each veterinarian will work in one of the orangutan groups. We group these giant populations by age and location. There is a nursery / baby group that contains young orangutans aged 0-3 years, there are forest school groups, namely those aged 3-8 years, there is a clinical cage group, Nyaru Menteng 2 cage group, and groups on 5 pre-release islands.

When serving in the nursery group, diarrhea and fever become subscriptions every day. Maybe because the orangutans here have recently been rescued / confiscated, and because of their very young age, their immune system is weakened so they are susceptible to disease. Also because the feed provided at the rehabilitation center is different from what they eat in nature, it often arises an imbalance of normal flora in their digestive tract.

The group of forest schools or forest schools, formerly the largest group, covers up to 140 individuals. They sleep at night in large cages, and in the morning they are released into the forest at Nyaru Menteng to learn forest skills, such as climbing trees, making nests in trees, navigating in the forest, recognizing forest fruit, and so on.

The group of forest schools or forest schools, formerly the largest group, covers up to 140 individuals. They sleep at night in large cages, and in the morning they are released into the forest at Nyaru Menteng to learn forest skills, such as climbing trees, making nests in trees, navigating in the forest, recognizing forest fruit, and so on.

The human staff (veterinarians, technicians, and babysitters) mostly interact with these young orangutans. Positive interactions create healthy and trust-based animal and human relationships, so we veterinarians can carry out various inspection procedures for these orangutans, which may not be imagined in other wildlife.

Once, in the framework of annual health checks, I was able to take 30 blood samples from orangutans in a forest school in just half an hour. The technicians have been trained to restrain (hug) orangutans and ‘provide’ the forearms of the orangutans to the vet to draw blood from their brachial veins. Some orangutans, so often taken blood, even stretch their own arms and almost do not need to be restrain by technicians. Not infrequently I also took blood alone from orangutans without the help of others, because I knew the orangutan well, and the procedure for taking blood was common to both parties.

But certainly working with wild animals has an inevitable risk, and is often potentially fatal. While working with orangutans, I was bitten twice by severe orangutans. The first happened when I only worked for two months. At that time there were adult female orangutans from the pre-release island who were pulled into the care cage at the clinic because of suspected illness. Because I was on duty at the clinic enclosure, I was responsible for him. In the afternoons, after working hours, I looked at him in his cage and he seemed to be curled up in a corner, slightly trembling. Because I'm afraid he has a fever, I want to try holding his body. And just like that I put my hand behind the bars of the cage. Instantly the orangutan got up swiftly and successfully grabbed my wrist and chewed my fingers. Luckily there was a friend who heard my scream and came to help. My wound is quite deep, but thankfully there is no need for stitches. Rookie mistake !!

The second accident occurred after I 'experienced enough' with orangutans, which was in the third year I worked, and this time more because of the mistakes of our team. The story is, one of the cages containing 5 broken young male orangutans (an old story at the Nyaru Menteng BOSF) and one of the most 'ferocious' is still perched on top of its cage and won't go back in. Some male technicians surrounded him, but he showed a severe aggressive sign (all hairs stood, skin pores enlarged, just imagine the skin of a jackfruit ripe tree).

I used to have a good relationship with the orangutan when he was in forest school, but for the past few months he had not been in forest school because he was already a teenager. Armed with this past relationship, I tried to seduce him to get back into his cage without being sedated. I offered him bottled fruit juice, then because he didn't want to take it directly from my hand, I just put it near him. Then I turned away with the intention of giving him 'space', because of his position the technicians had surrounded him (meaning that he would not run away up the tree and enter the forest). But before I could remind the technician to go away, suddenly something heavy landed on my back, and again my right wrist was pulled back and my fingers were chewed by the orangutan who somehow decided to attack. The place where the bite is right is the same as the wound before!

I say this is a team mistake, because in an urgent condition the orangutan comes out of the cage, the technicians and the babysitter create a noisy atmosphere, remind each other, and the aura of tension felt by the orangutan. No wonder he panicked and looked for the target who was considered the weakest.

Anyway, the lessons I learned from my work with orangutans were as follows:

- Learn about the nature of the wildlife we ​​face, whether it's orangutans, crocodiles, tigers, or whatever. Realize that animals will act according to their instincts, namely fight or flight. If in a condition that is considered unsafe, he will choose to fight (fight) or escape (flight). Nothing personal.

- Don't rely too much on relationships with animals that we think are familiar. Good relationships must be maintained constantly, and as the orangutans grow older, they will have different perceptions about their relationship with humans.

- Entering adolescence, orangutans, especially males, will start fighting over dominant positions in groups, and for those who live with humans, they consider humans to be part of their group. So don't be surprised if the orangutan will try to 'challenge' the nurse, because it is part of his nature (imagine a teenager who starts rebelling against his family).

In the end, I feel very grateful to be able to get the opportunity to work with this unique Indonesian native animal. With all the challenges and risks, I simply love them. And for fellow veterinarians and environmental and wildlife activists / activists, I pray for the best that all of our efforts will benefit animals and humans, and take part in the noble work to protect the earth and everything in it. 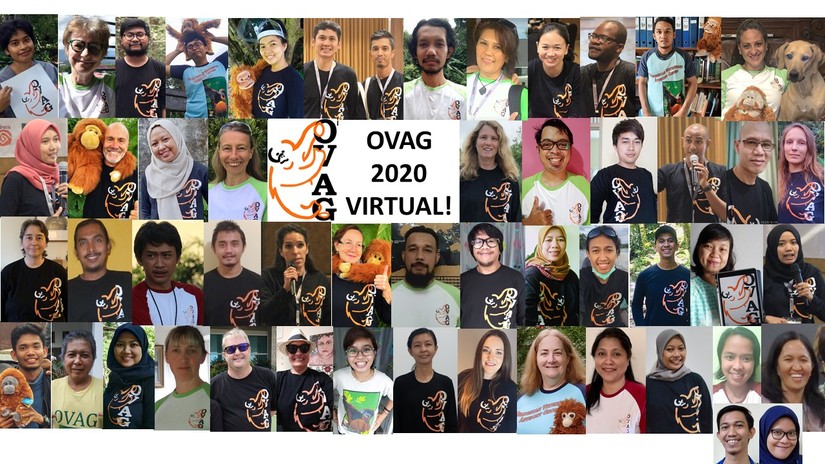 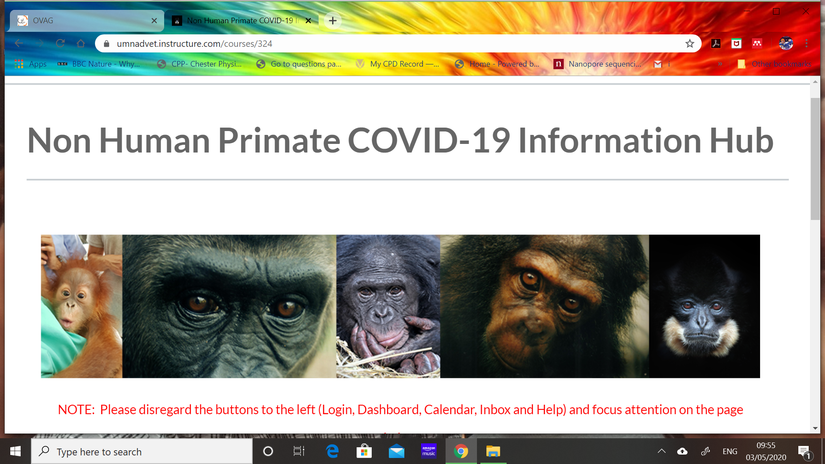 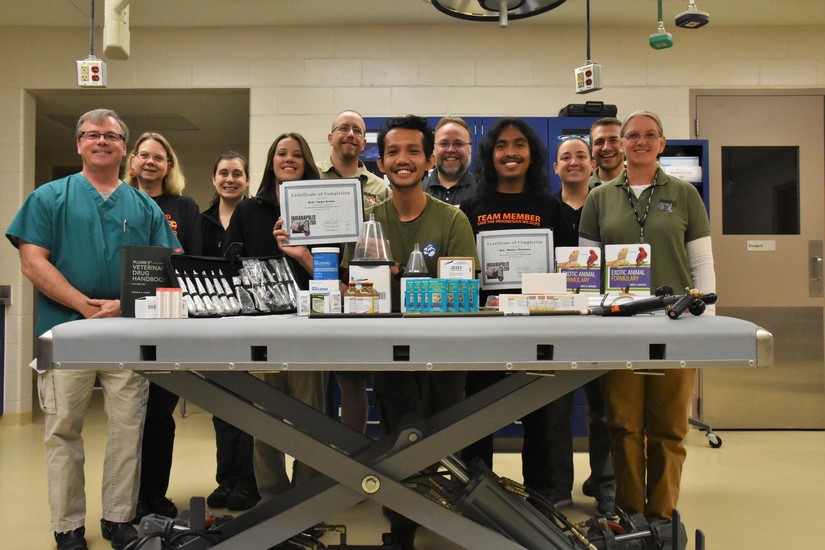 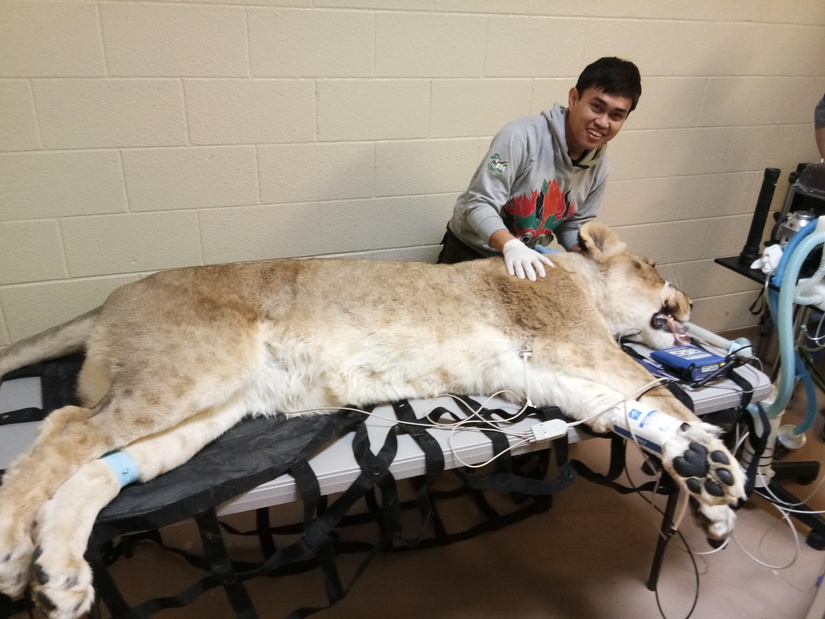 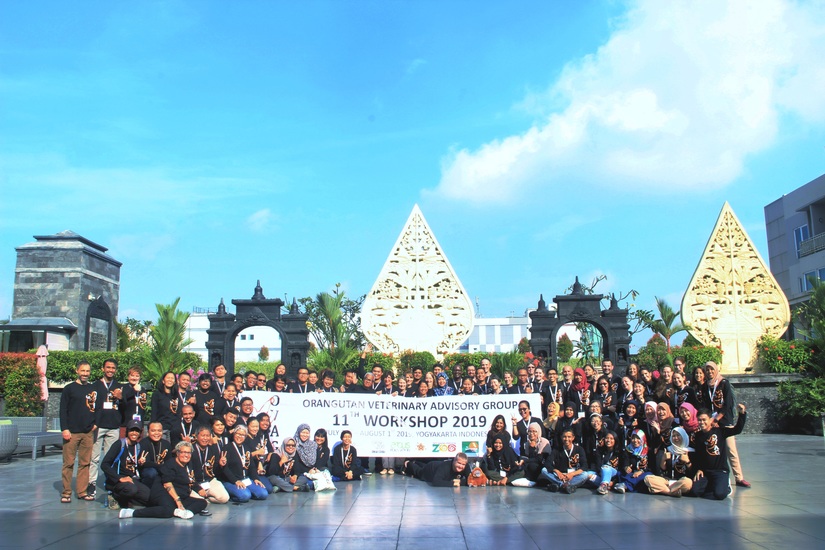 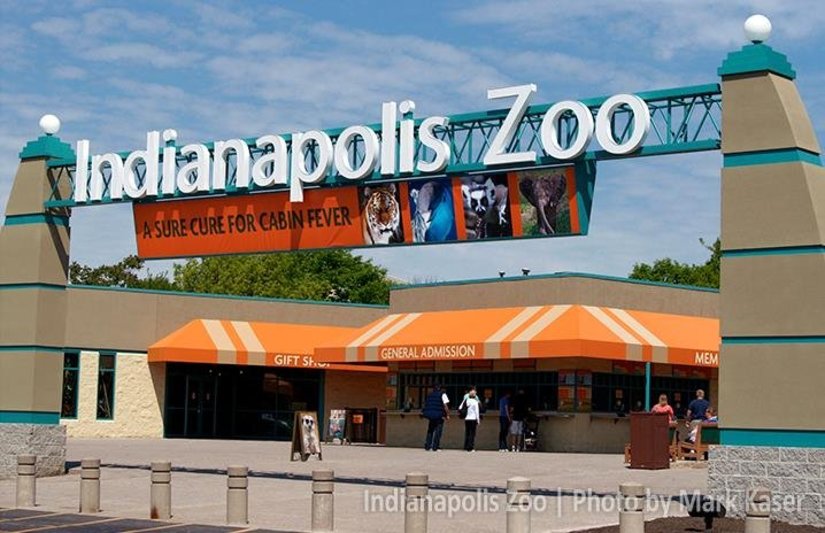 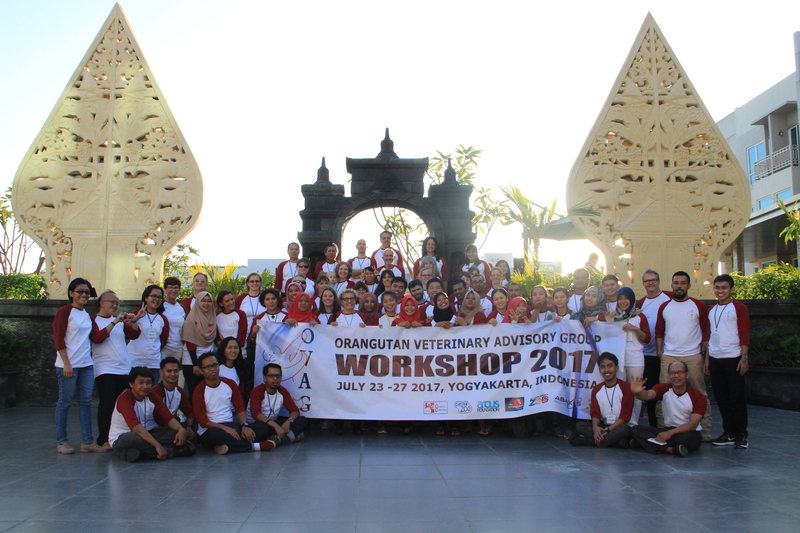 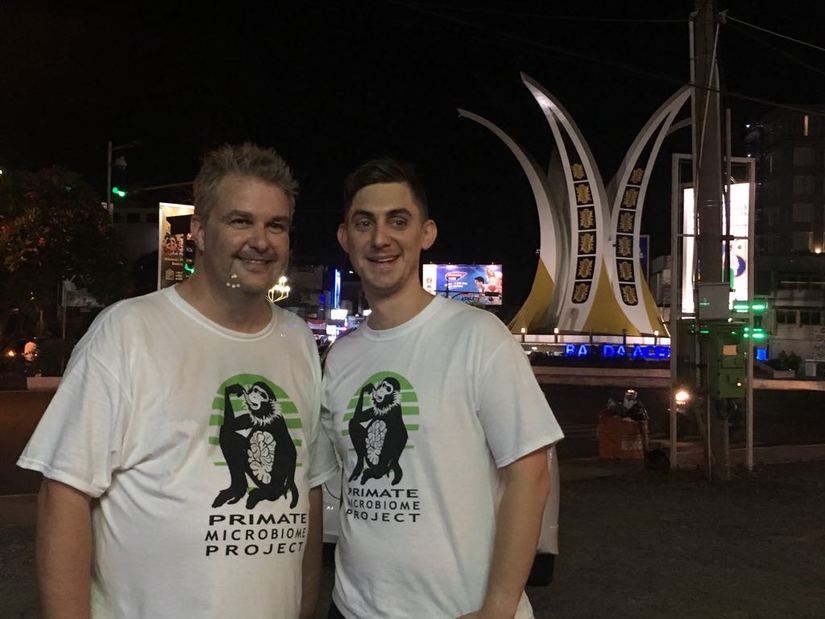 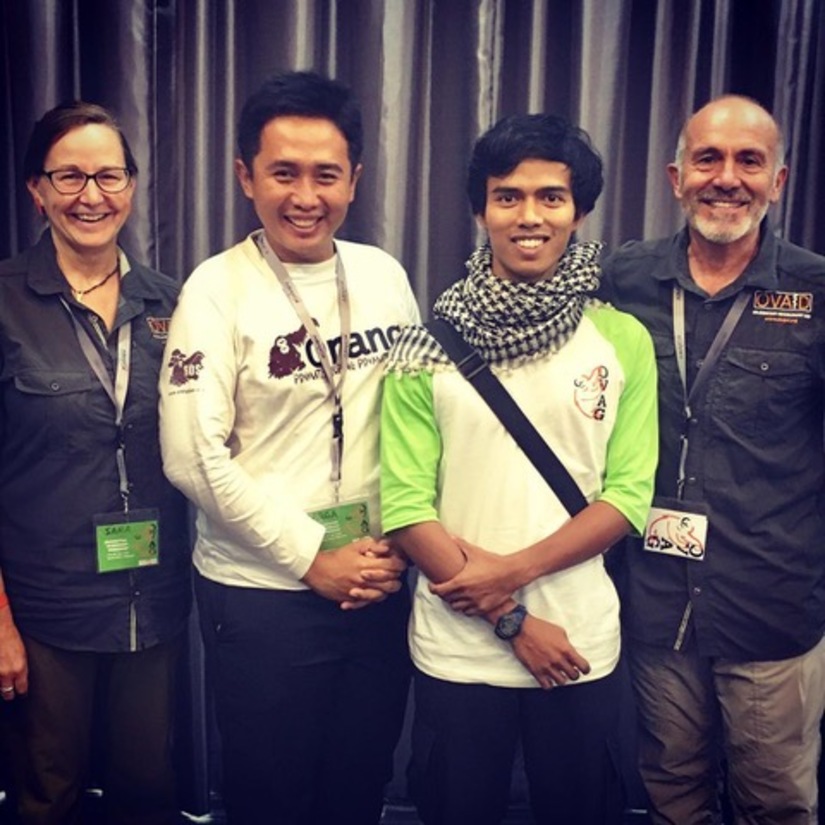